Origins of King’s Dharma: The Creation of Oha

Back in 2016 when I first discovered the Ramayana (translated by William Buck), I was surprised at how little the text explored Rama’s thought process after hearing about the rumors of Sita’s impurity; although Buck’s version is an abridged translation of the original text, the mystery behind Rama’s decision to banish his wife over a controversial rumors still remains. In attempts to find justification for Rama’s actions while preserving my optimistic attitude towards his selfless character–he is just trying to do his best at filling the role destiny set for him–I wrote Oha the Prodigy (see below). Although the scene is quite fictional and not written in the same perspective of the original text, Rama’s decision making is left up to interpretation and my proposition of his thought process is quite possible.

Below is the original story of Rama and his second personality, Oha. Much of my original intention of his character remains in King’s Dharma because Oha allows for me to explore Rama’s psyche as the Avatar faces being the “Perfect Man.” Oha’s character gives me the flexibility to demonstrate the immense pressure destiny has on Rama’s attempt to not just exemplify the “Perfect Man,” but in his ability to be human. By writing outside of the original perspective and voice of William Buck’s Ramayana, I can better exemplify the fundamental allegory of Rama’s story: the duties of being human. 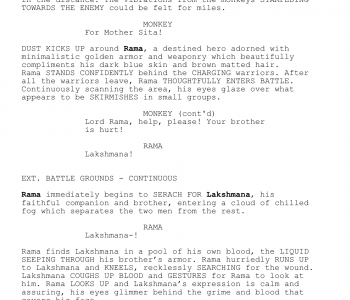 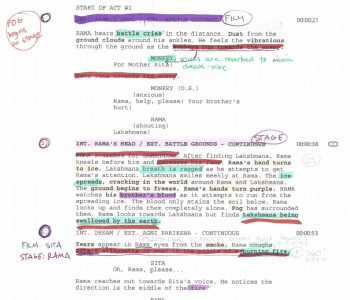 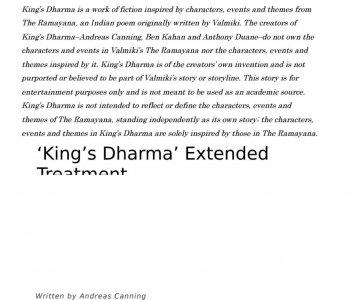